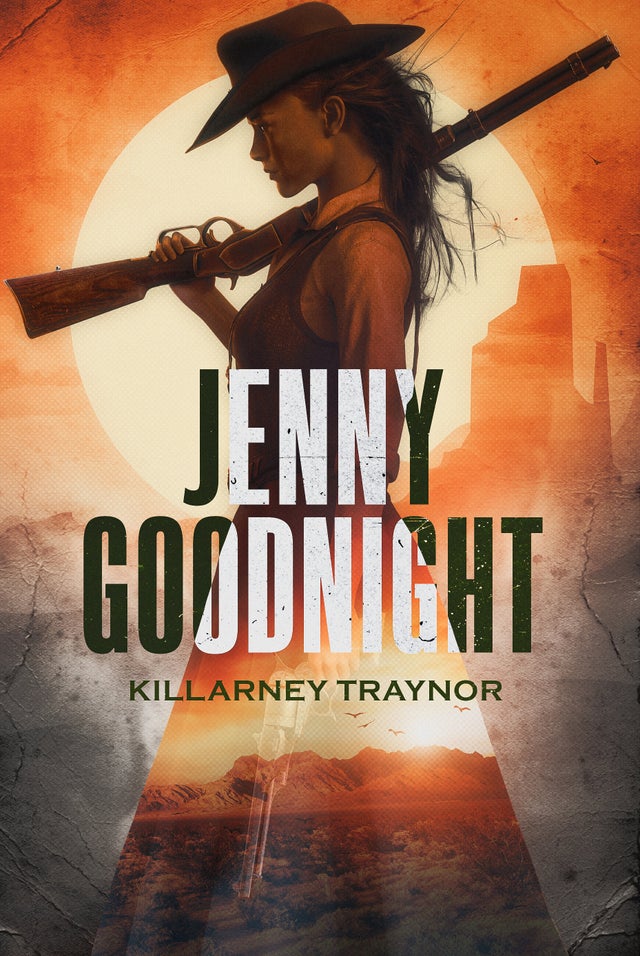 The Showdown With Her Past Is About To Begin…

The last thing pistol-packing, burnt-out missionary woman Jenny Goodnight wants is trouble. Unfortunately for her, the town of Legacy is just about to go to war, with the secretive and powerful founding family on one side and Jenny's uncle, the firebrand newspaperman Matthew Goodnight, on the other. Blood will be shed and Jenny is right in the middle.

When one of the combatants is murdered, Jenny becomes the sheriff's preferred suspect. Now to catch a killer and save herself from the gallows, she is going to have to put herself in harm's way. Everyone in Legacy, including Jenny, has secrets… and someone is more than willing to kill again to keep them.

"I loved this book. The story elements such as characterization, dialogue, pacing and plot are all excellent, and there's tension on every page, which is why I  couldn't put it down."
Tahlia Newland, senior editor, AIA Publishing.